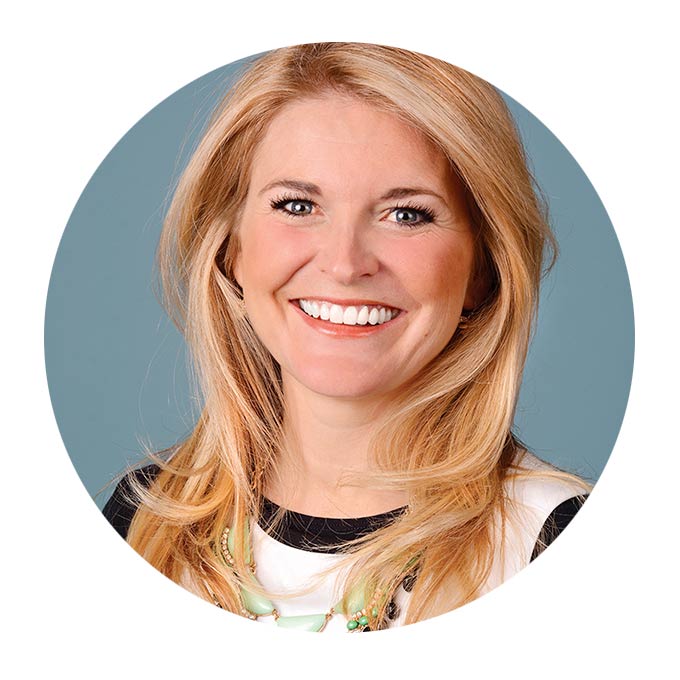 As a teenager, Jeanette Bennett’s first job was at a TV station in her hometown of Idaho Falls, Idaho, where she operated a camera and made phone calls about the weather. She continued to pursue a career in journalism by earning a bachelor’s and master’s degree in journalism from BYU. When she became a mom 20 years ago, she also became an entrepreneur so she could control her schedule. As the founder of Bennett Communications, she mostly focuses her pen on Utah Valley Magazine, Utah Valley Bride Magazine, BusinessQ and Prosper Magazine. She and her husband, Matt, lead a staff of 15 in their Orem office. Jeanette has a love/hate relationship with deadlines, half marathons and the stock market. And she has a love/love relationship with glossy pages, watching her five kids play sports, and enjoying Utah’s canyons. Jeanette is a regular speaker/guest on the Matt Townsend Show, Fox 13’s The Place, Studio 5 — and she’s spoken twice at the United Nations. 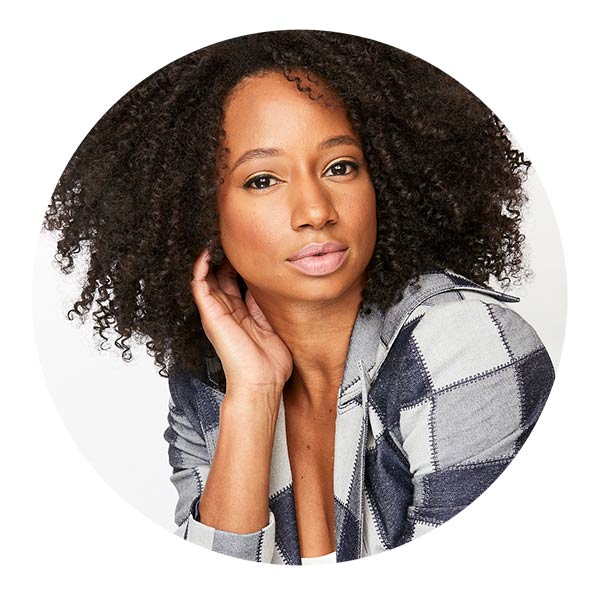 Monique is an actor, producer, and global youth advocate most often recognized as Taylor Mckessie in Disney’s High School Musical franchise. Personally, she is the most proud of her role as the first ever United Nations Youth Champion. Monique has traveled to over 40 countries and uses her platform to raise awareness about the most pressing issues facing today’s youth.

She is the Founder of GimmeMo, a multi-platform community that amplifies youth voices and supports organizations who are working to make the world better for young people.

Mo starred as Lain in New Form Digital’s series “The Fourth Door” which can be seen on the Go90 app and appears in the upcoming indie films “Little Star” & “The Outdoorsman”. Monique is also executive producer of a short film entitled “Distortion”, a Champion for UN Foundation’s “Girl Up Campaign”, and can be seen starring on “Guidance” Season 3 streaming now on Go90.

Acting is my passion. Advocacy is my Purpose. ~Mo 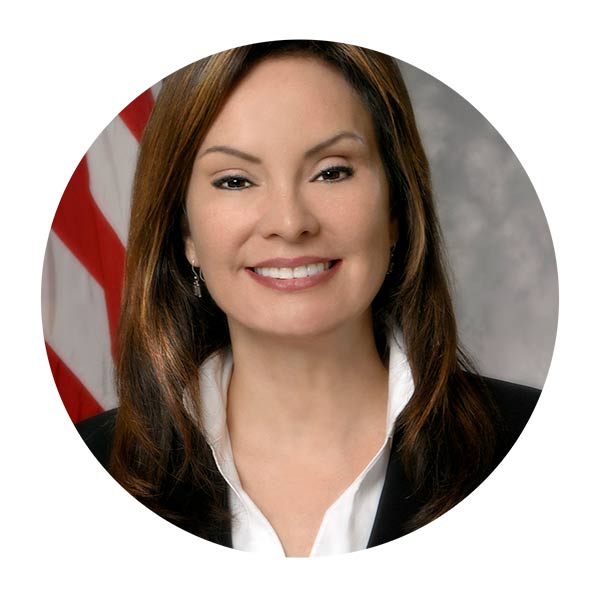 Rosie Rios was the 43rd Treasurer of the United States. She is currently a Visiting Scholar at the Radcliffe Institute for Advanced Study at Harvard University. She is most recently known for initiating and leading the efforts to place a portrait of a woman on the front of U.S. currency for the first time in over a century. Upon her resignation in 2016, she received the Hamilton Award, the highest honor bestowed in the U.S. Department of the Treasury. Rios was the longest serving Senate-confirmed Treasury official beginning with her time in November 2008 at the height of the financial crisis.

In her role as Treasurer of the United States, Rios was the Chief Executive Officer of the Bureau of Engraving and Printing and the United States Mint, including Fort Knox. Prior to her presidential appointment in Treasury, Rios was Managing Director of Investments for MacFarlane Partners, a $22 billion investment management firm based in San Francisco.

She continues advocating for women and girls and has launched EMPOWERMENT 2020 at Harvard. Its first project, Teachers Righting History, www.teachersrightinghistory.org, recognizes historic American women in classrooms across the country. 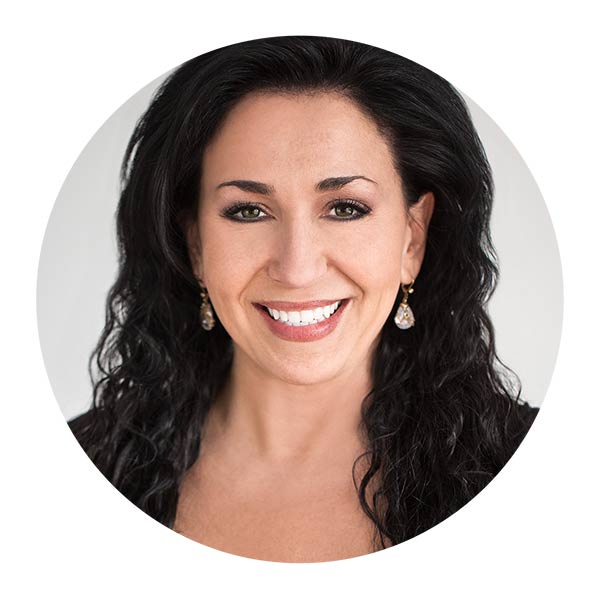 Amy Rees Anderson is the Founder and Managing Partner of REES Capital, an Angel Investing Firm. Amy is also an author and serves as a weekly contributor to Forbes and the Huffington Post. She is currently serving on 13 Boards.

Prior to founding REES Capital, Amy was the CEO of MediConnect Global, a company she grew and sold in 2012 for over $377 million.

After selling MediConnect, she founded the IPOP Foundation, a charity focused on promoting entrepreneurship as a pathway to self-reliance.

Amy has been the recipient of a number of awards, which include being named CEO of the Year and receiving the prestigious Ernst & Young Entrepreneur of the Year Award. She has been featured in The Wall Street Journal, Inc Magazine, Businessweek and many other national publications as a result of her many accomplishments, and in 2015 Amy received an honorary PhD.

Sonita Alizadeh uses her rap lyrics and powerful voice to help end child marriage and inspire youth to dream bigger dreams. Sonita was born in Afghanistan under the Taliban regime, but grew up an undocumented refugee in Iran where she faced child marriage.  In an effort to express her pain and share the experience of so many of her friends, she wrote the song “Daughters for Sale” and created a homemade music video. The song instantly caught fire and was shared around the world. In 2015, through The Strongheart Group, Sonita came to the United States where she is now a high school student. With the support of Strongheart, Sonita is now an international spokesperson for the rights of girls to choose their own destiny. She has spoken with world leaders, students and audiences globally about the impact of child marriage on girls’ wellbeing, and the larger consequences on health, education, human rights and even economies. Her story is told in the award winning documentary “Sonita,” which premiered in the US at Sundance 2016. Sonita was named one of Foreign Policy Magazine’s Global Thinkers of 2015, one of BBC’s 100 Women of 2015, and one of Rolling Stone Magazine’s 25 Under 25. Her work to help end child marriage has been featured by CNN, NPR, BBC, Vice Magazine, Buzzfeed News, and over 250 publications in 20 countries.

Dr. Stacy L. Smith is the founder and Director of the Media, Diversity, and Social Change Initiative at the Annenberg School for Communication & Journalism at the University of Southern California where she is also an Associate Professor. Dr. Smith’s work examines gender, race, LGBT status, disability, and age on screen and gender and race/ethnicity behind the camera in cinematic content as well as barriers and opportunities facing women and people of color in the entertainment industry. She also conducts economic analyses related to diversity and financial performance of films. Dr. Smith is a world leader, with speaking engagements ranging from the TED Women stage to the United Nations. Her research sets the global standard for data on employment diversity in the entertainment, and she is a trusted source to the entertainment industry. Dr. Smith’s work is cited widely by both corporate and educational audiences. Dr. Smith has written more than 100 journal articles, book chapters, and reports on content patterns and effects of the media. In terms of the popular press, Dr. Smith’s research has been written about in the The New York Times, Los Angeles Times, fivethirtyeight.com, The Atlantic, The Huffington Post, Newsweek, The Hollywood Reporter, Variety, Wired, and USA Today, to name a few. She has a co-edited essay in Maria Shriver’s book, A Woman’s Nation Changes Everything (2009). Dr. Smith’s most recent research reports include the Comprehensive Annenberg Report on Diversity (CARD), multiple landmark studies with Sundance Institute and Women in Film Los Angeles and a study of 900 top-grossing films conducted at USC Annenberg. Her work is also generously supported by The Annenberg Foundation, The Harnisch Foundation, EPiX, Humana, LUNAFEST, The Jacquelyn and Gregory Zehner Foundation, and other individuals. In 2015, LA Weekly named Dr. Smith the #1 Most Influential Person in Los Angeles.